Get fresh music recommendations delivered to your inbox every Friday.
We've updated our Terms of Use. You can review the changes here.

Beyond The Floor LP 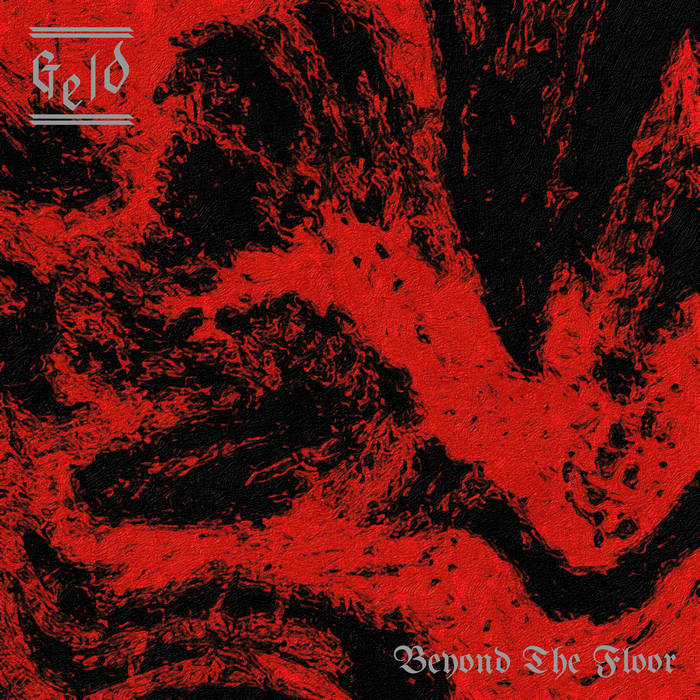 poikkeus Psychedelic metal? I don't think so. GELD combines velocity and distorted guitar work to make a unique sound. There's even an element of HC to several songs. GELD has a sound that's so convincing that they're exciting from the first chords. I've loved Aussie music for years, and GELD scores with "Beyond the Floor." Favorite track: The Floor.

"’Twas the prehistoric epoch of 2018 when GELD’s Perfect Texture LP kicked my ass through the top of my head via its solid gold meld of Scando-Japano HC abandon and psychedelic guitar excursions. Beyond the Floor dials down the psych tropes—little on this twelve-tracker zongs out quite like, say, “Parasitic Fucker” off the debut; maybe the gothy scrawling on “Forces at Work” approaches that level—but is every bit as deranged and dangerous. Written and recorded on “pills, meth, booze, weed [and] DMT,” so says the sales spiel: if this is the case, this Melbourne foursome are the opposite of sloppy drunks, cabbaged stoners or too-gone tweakers, rather a destructive forward line dosed on black market medicine by a shadowy team doctor. That is to say: fully sick in-the-red guitar tone, basslines that are sinister but groovy in the same way, say, Kira’s were in BLACK FLAG, foaming provoked-animal vox from Al Smith, maybe some bestial black metal influence in there but it’s such a barrage yer just guessing really… plus the lyric “Pubs open in my mind” and, if you were quick enough (which you weren’t, should you be reading this as a buyers’ guide), a really neat Jack Chick-parody comic packaged with the browny-gold vinyl. GELD are god’s-honest dons." – Noel Gardner, MAXIMUMROCKNROLL

"A savagely twisted release from Geld, and one that drags their white-hot psychedelic hardcore toward ever stranger horizons. The sound is blistered and blasted from the off, with torn strips of D-beat flapping madly in the wind while raw, near-blackened vocals cackle and caw. If it initially sounds like something you can draw a bead on (a mangled, abstracted Disclose?) those theories soon begin to wobble, and by the time 'Trench' hits it's all you can do not to claw out your eyes while laughing wildly along to the song's maniacally playful bassline. Feedback whistles and whines, riffs unspool in wiry tangles and ideas are stretched far beyond their rational breaking point. Instead of collapsing in a gibbering heap, however, Geld emerge from the experience wide-eyed and lucid – as though they've discovered some deep hidden truth while concocting the only record you might ever hear that begs comparisons to Grave New World (band, not album), Rusted Shut and Liquorball." – Alex Deller, Collective Zine

"I don´t know what´s going on in Australia, but lately amazing bands have been popping out. I have to confess I didn´t know Geld before Static Shock announced the release of Beyond The Floor, but here I am now, buying all its discography. 2020 has been an incredible year for hardcore punk releases, but without a doubt this is my favourite record so far. If hell exists, this is how devil´s nightmares would sound like. First time I listened to them I got the same goosebumps as the first time I listened to Impalers´ Cellar Dweller. Imagine a crossover between the fury and strenght of Impalers, the rawness of Glue, the abbrasive sound of Candy and a lot of Burning Spirits influence. Well, Geld is this and much more. It´s really something else. Guitars are fucking sick, the bass have some rad lines and the voice is like the agony scream of a maniac sentenced to death. It´s as dense and hot as magma, fast, crude and completely deranged. They have created a subterranean world of darkness and confussion, where an extreme noise is played nonstop to torture the disturbed minds who inhabit it.

I don´t know if there is such thing as psychodelic hardcore, but if that´s the case Geld are the genre´s international ambassadors. Do yourself a favor and listen to them, cause there´s no other band playing like this. I can´t wait to receive my copy. Kudos to Static Shock for putting out this brutal record." – Alex SN, Underground Zine

Beyond The Floor is weirder, wilder, and somehow even tighter than Geld’s previous releases—which, FYI, are unrestrained paranoiac nightmares too. Geld perfectly blend breathless experimentalism with gut-punching hardcore, and all the barely corralled chaos on Beyond the Floor is a genre-trampling triumph. Highly recommended. 10/10." – Craig Hayes, Last Rites

"I loved Geld’s last LP, Perfect Texture, and if you’re in that same camp, check out Beyond the Floor because it takes everything I loved about Perfect Texture and pushes it just a little further. I’ve always been a sucker for bands that combine hardcore with dense and punishing noise rock, and there’s a lot of that on Beyond the Floor, though I also hear elements of stomping, mid-paced black metal on tracks like “Infrasound.” Double Negative was a band with a similar set of influences, and there are moments on Beyond the Floor (particularly “Nocturnal Hand” and “Red Mist,” the frantic one-two punch that opens the b-side) that sound uncannily like early Double Negative. Geld travels much further into the damp caves of noise rock, though, with a handful of tracks breaking the three-minute barrier, making space for psychedelic jamming and droning that causes the hardcore to hit that much harder. Beyond the Floor is a dense LP with rich, velvety sonic textures throughout. Sometimes my ear gets lost in those textures, while sometimes I let the rhythms pound me in the gut. It’s like a hardcore version of a Choose Your Own Adventure novel! Seriously, though, if you like your hardcore heavy, noisy, and a little bit arty, you can’t go wrong with this LP." – Daniel Lupton, Sorry State

"Definitely one of the more ugly hardcore LP’s in recent years. Beyond The Floor reminds me what might happen if you were to blend Framtid, Diocletian and Hawkwind together. It’s hardcore punk that is informed by extreme metal (it even starts with a fucking air-raid siren without being entirely cheeseball about it) but plays with the space-rock/psychedelia to keep things interesting. The vocals are hideous in their total ferocity and the band has no problem coming up with good riffs that alternate with screeching feedback or sickening progressions. The bass tones get fucking gross. This isn’t my favorite kind of shit but the execution is excellent and when the time hits, this will scratch the itch." – Joshua Nickel, Neon Waste

Hardcore Punk from Melbourne Australia since 2014.

Bandcamp Daily  your guide to the world of Bandcamp